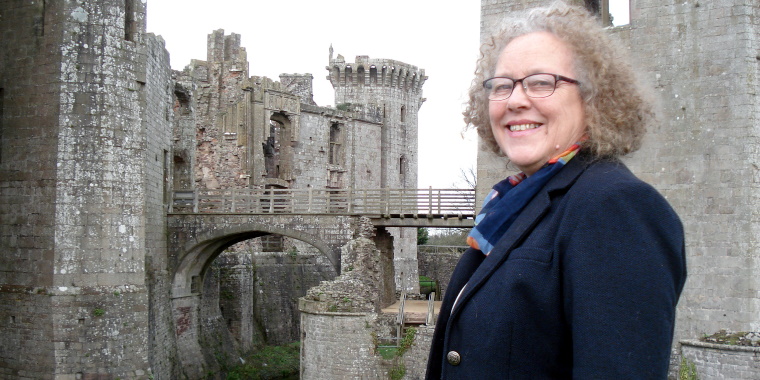 Alison Willott has been selected to be your Welsh Liberal Democrat candidate for Monmouth at the next general election.

Alison Willott lives near Raglan. A longstanding member of Friends of the Earth, she became politically active because of her concerns over global warming. “The Liberal Democrats were the only mainstream party to take climate change seriously,” she says. She and her husband Brian own 18 acres which they garden organically, also providing habitats for a range of wildlife. They regularly open their garden for the Wildlife Trust.

As well as tackling climate change, she wants an integrated health and social care service. “I was a carer for my mother-in-law with dementia in the 1990s,” she says, “and then my own mother died of it last year, in Gibraltar House. She was stuck in hospital for some time because there was no social care available. Political parties must work together to provide this vital integrated service.”

Alison wants Brexit stopped. “We need to be a full part of Europe,” she says. “Brexit isn’t only a threat to our farming communities and our health service, but
we need to work within the EU against climate change and for continued peace in Europe and the wider world. We do better together.”

Alison became a senior civil servant after graduating from Durham University, but left to be a full-time mother to her four children. She was a professional singer, then trained as a teacher. She moved to Wales with her family in 1997 and has stood for Parliament and the Welsh Assembly, as well as for the local council. In 2003 she was a Debt Adviser with Abergavenny CAB; she was a magistrate for South-East Wales for seven years, and also worked as a caseworker in Cardiff. Currently she is a trustee for the Wildlife Trust, and is on her parish council, editing the parish newsletter and running a small choir.